Robert (Danny) Farrar, III, went into the Army straight out of high school, joining up as an infantryman. His tenure in the Army saw him take the first team into the Pentagon on 9-11 for search and rescue, as well as a combat tour in Iraq from 2005-2006. He went from being homeless and dealing with depression, to building SoldierFit and being selected to the 2013 “Top 40 under 40 V.I.P” by The Daily Record, as well as one of the Top 5 Men’s Health Ultimate Guys. SoldierFit is a gym based out of Frederick MD, from one sub-let location to 3 stand-alone facilities with 3,000 members and 50 employees. His goal is to revitalize the American dream and remind his fellow Americans no other soil on earth is more fertile for their dreams then America’s.

Farrar chose Platoon 22 to receive the donation made by NFM Salute on Farrar’s behalf. Platoon 22 is a 501(c) that Farrar co-founded that combats Veteran suicides by raising awareness, support underfunded and undermanned crises call centers, and to be advocates for change to legislations and the VA. 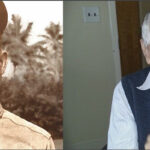 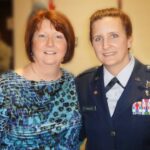