NFM Lending is pleased to honor K-9 Officer Sjaak as the NFM Salute for March 2021.

Sjaak (pronounced “Shock”) was a Belgian Malinois who joined Tennessee’s La Vergne Police Department in 2014 as a K-9 officer. During his K-9 training, he developed a close relationship with his future partner and handler, Officer Justin Darby. In addition to being beloved by everyone on the police force, Sjaak had a loving and protective bond with Darby’s children, effectively becoming another member of the family.

Throughout his career as a K-9 officer, Sjaak played an indispensable role in keeping La Vergne safe. He assisted with 23 apprehensions, recovered over $21,000 in cash, and helped seize large amounts of illegal substances. His fellow officers remember how Sjaak’s acute senses and training helped save them many times while on duty. Darby says, “Workwise we’ve been through so many situations. I mean just sticky, dangerous situations. On a couple of occasions, he’s saved not only my life, but other officers as well, with armed suspects.” On November 19, 2020, Sjaak passed away after being struck three times by a suspect who was shooting at Darby’s patrol car. He was eight years old.

Sjaak was given full honors for sacrificing his life in the line of duty. His police comrades gathered to honor him, and jurisdictions from across the country came to pay their respects. Sjaak will forever be remembered and loved by Darby and the rest of the La Vergne Police Department. “When he was at work, he was fearless,” Darby reminisces. “He would lay his life on the line, which he did, for not only me, but for any officer here. He’s done it numerous times. He’s a true hero.”

NFM Salute is an initiative in which one military member or Veteran is chosen each month to be honored as the “Salute of the Month.” Salutes are chosen from nominations on the NFM Salute website, www.nfmsalute.com. The “Salute of the Month” will be featured on the website with a biography and information about his or her service, and NFM Lending will donate to a non-profit in the Salute’s name.

NFM Lending is proud to donate $2,500 to the La Vergne K-9 Department on behalf of Sjaak. NFM looks forward to the opportunity to continue to honor military and Veterans through the NFM Salute initiative.

Full Transcript of Video Interview with Sjaak’s handler, Officer Justin Darby, is Below:

– Hi, I’m Greg Sher. On the morning of Tuesday, November 17th, 2020, tragedy struck the La Vergne Tennessee Police Department. Their beloved K-9, Sjaak was gunned down in an ambush, devastating the department and his handler. Our NFM Salute for the month of March, 2021 honors Sjaak for his service and gives our audience an inside-look at how vital the K-9 officer is to forces around the world. Joining us now from the La Vergne police department is Sjaak’s handler officer, Justin Darby, and Police Chief, Chip Davis. Gentlemen, thanks for being with us on NFM TV.

– Officer Darby, let’s start by taking us through that morning. What do you remember about it?

– Well, that morning I had just pulled out of the station. I got into the median, where I saw one car coming towards me as I was traveling. I could see the vehicle pull up beside me in my peripheral vision. Immediately, heard gunshots, had stuff in the car flying everywhere. I was trying to take cover down in my seat. He took off at a high rate of speed. I immediately pursued him, trying to get on the radio, chased him to a condominium complex. He pulled into a parking spot, started firing AR-15 rounds at me. As he was showing himself to me, I was returning gunfire towards him. And as other units got there, the gunfight ended. Car started to take off, and all of a sudden just stopped at the end of the complex. Other officers came, including Chief. We approached the car, bust out the windows, we were able to see that he had a gunshot wound to the head, called for an ambulance. And as we were waiting for that, I had an officer check on Sjaak for me, at which point the officer said that he had been struck. So I immediately ran to my car, took off towards the animal medical center, where he received medical treatment.

– It’s unbelievable that you were not hit. I understand over 40 bullets were fired in your direction.

– What were the emotions that were going through you when you learned your beloved Sjaak was hit?

– Just kind of panic. I mean, really I was, you know, ran to the car and didn’t think twice about it. Got out of there and took him to get, you know, medical help. I know on the way there, I was just real, you know, frustrated and angry and, you know just crying uncontrollably, just telling him that, you know I was gonna get him help as soon as I could.

– I can sense that you’re emotional even now. Why does it hit you so deep?

– I understand you’ve got two children. They’re now getting to that grownup age, but 20 and 14 now. But when Sjaak first came into their life, they were 13 and 8. So how did they take his passing?

– They took it hard, especially my son. My daughter loves animals. She’s actually studying to be a veterinarian now. My son, he was in love with him. He would, you know, his friends were over. He would show him off or make him do tricks. Like, he was the actual K9 handler, which was cool to see.

– These dogs mean so much more to their handlers. Chief Davis, tell us just how deep the relationship goes with these special officers.

– The canines, they become a part of the family here at La Vergne Police Department. We treat them as just like we would do a human officer here at the department, but also this animal becomes a part of Justin Darby’s family. And he gets bonded with not only him as a handler, but him as a caretaker, as well as his family. He’s considered an officer here at the department. So he received full honors from the police department.

– There was a funeral procession to the Faithful Friends Crematory. Officer Darby, as an individual that was so close to Sjaak, what did it mean to you and how did it impact you to see that groundswell of love from your colleagues? Not just in your own jurisdiction, but others.

– You know, you always enter the profession hoping you never have to be a part of something like that, but you know, once you are, unfortunately, you know, you have all these people out supporting you or supporting Sjaak, and it was incredible.

– And I understand that the two of you had great success on the street. And so we have some statistics to share. You and Sjaak arrested upwards of 35 suspects together, recovered 21,000 dollars, and seized over 102 pounds of marijuana together, and well over 10,000 pills. Chief Davis, how critical are these officers to your police force, and to forces around the world?

– Tell us something about Sjaak that you think Sjaak would want us to know.

– When he was at work, he was fearless and he would lay his life on the line, which he did, for not only me, but any officer here, and he’s done it numerous times. He’s a true hero.

– We are very, very honored to be able to give Sjaak our NFM Salute for the month of March, 2021. And as part of this, we are going to help you get on your way to pick up that $15,000 tab to get yourself another canine. NFM will be donating $2,500 to the La Vergne Police Department canine unit. We have some information on the screen right now for others that may want to donate and get you closer to that $15,000 mark, which will get you another canine. Of course, there will never be another one like Sjaak, but we really, really appreciate your time and allowing us to honor Sjaak and his legacy and for giving him this NFM salute.

– Yes sir, thank you. And thank you so much for the donation.

– It’s our pleasure at NFM. I’m Greg Sher from NFMTV, we’ll see you next time. 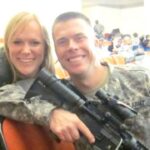 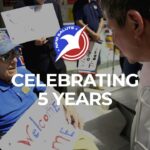