After high school graduation in 1992, Lance Corporal (LCpl) Joseph Fortuna enlisted into the United States Marine Corps, where he served from 1992-1998. At the advice of his father, a Marine who served in Vietnam and Desert Storm, LCpl Fortuna became a Marine Automotive Organizational Mechanic (MOS 3521) and went to San Diego for training. Even after sustaining an injury during basic training and having to undergo rehab, he graduated and went on to Camp Pendleton, CA to attend the school of infantry with the 1st Marine Division. Afterwards, he continued to Camp Lejeune, NC to train as a 5 Ton/Humvee mechanic with the 2nd Marine Division. LCpl Fortuna was then discharged from active duty and reported to Headquarters and Service (H&S) Company 4th Marine Division in Chicago, IL. His unit was never activated for any combat operations and he was honorably discharged in November 1998. Since then, LCpl Fortuna has dedicated most of his time to supporting Veteran causes.

“…Not everyone has been as fortunate as me,” LCpl Fortuna explained, “Almost everyone in my family and circle of friends have served in the military in some capacity, including my daughter who just graduated from Paris Island last month. My dad would always say, ‘All gave some and some gave all.’ In the words of Veterans far greater than I, I’m definitely no hero, but I’m proud to have known some.”

LCpl Fortuna was nominated by his friend, Julianne Moore.

“Joe is an amazing man! He started a Motorcycle Club in 2003 called the Tunnel Rats, named after the Tunnel Rats in Vietnam, and the entire club is either active military or Veterans. With [Joe’s] help, all these men support and help Veterans in need. They donate money, ride in charitable rides to benefit Veterans, and take the time to help any in need. The Club has also made donations to Operation Combat Bikesaver, [where] Veterans help build bikes to help cope with their PTSD. All these things would not be possible without Joe’s inspiration and determination.”

Fortuna chose Platoon 22 to receive the donation made by NFM Salute on his behalf. 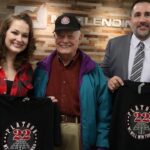 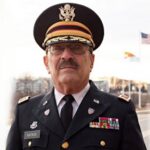