Since age 10, Bryce Chambers wanted to serve in the military. On May 8, 2015, his 20th birthday, Chambers began 16 weeks of basic training in addition to infantry training, with the goal of becoming an infantryman. He graduated in August 2015, and was stationed at Schofield Barracks in Hawaii. Chambers is a grenadier, specializing in explosives, and was recently promoted to an E4. In December of 2015, he married his high school sweetheart, Rachel, and she joined him in Hawaii.

Chambers was nominated by his mother, Jane Chambers, along with Greg Cowart, an NFM Lending Branch Manager in Richmond, VA.

“Bryce has always told us that he wanted to serve in the military,” said Jane Chambers. “When I asked him why he felt so strongly about joining the Army, his response was, ‘I feel like as a citizen of the United States of America, it is my duty to serve at least four years in the military!’ If I am totally honest, thinking of my youngest son serving in the Army scared me beyond measure. While my heart burst with pride during his Advanced Individual Training graduation, the realization that my son was willing to lay his life down on the line for his country was breathtaking. Words simply are not enough to express how proud Keith and I are of our youngest son: Bryce, my soldier, my hero!”

Chambers chose Platoon 22 to receive the donation made by NFM Salute on his behalf. 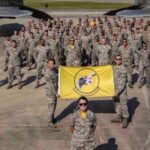 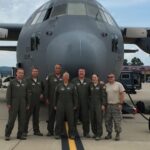