Barry Wyllie grew up in Dunedin, Florida where he graduated from Dunedin High School in 1995.  Following in both his father and grandfather’s footsteps, he enlisted the United States Army as a combat medic, where after graduating from airborne school, was assigned to the 2-505th Parachute Infantry Regiment of the 82nd Airborne Division at Fort Bragg, North Carolina. Throughout his 4½ -year enlistment, Barry rose through the ranks to a Sergeant/E-5, serving as a senior line medic with training deployments to Kazakhstan, Uzbekistan and later to Haiti for 9 months in 1999, in support of Operation Uphold Democracy. After 54 successful airborne parachute operations, Barry ended his initial enlistment term with an honorable discharge in 2000.

Barry chose Any Soldier to receive the donation made by NFM Salute on his behalf. 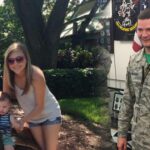 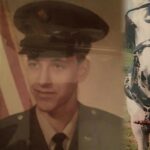