We are proud to announce our NFM Salute for November 2019 is BM1 Matthew “Random” Dunn. Random served in the U.S. Navy as a Navy Seal from 1996 to 2006. He was a Sniper Instructor and a Basic Underwater Demolitions Instructor (BUDs). We had the pleasure of talking to his nominator and club brother, Mitch Akers, to find out more about Random and why Akers wanted to honor him. To learn more about Random and the NFM Salute initiative, visit: www.nfmsalute.com.

BM1 Dunn was a member of the U.S. Navy as a Navy Seal, serving from December 1996 to October 2006. He was part of SEAL Team 2 and SEAL Team 5 as a Sniper Instructor and a Basic Underwater Demolitions Instructor (BUDs). He joined the Southern California chapter of the Knuckle Draggerz Veterans Club in May 2013 and was elected Chapter President shortly after. On August 18th, 2013, BM1 Dunn was tragically killed in a motorcycle accident at just 39 years old.

BM1 Dunn was nominated by his club brother, Mitch Akers.

“Random was so humbled and cared about everybody. He lived his life to the fullest. He was a great asset and brother of the club. He will be sorely missed.”

Akers chose Platoon 22 to receive this month’s donation in BM1 Dunn’s honor. NFM looks forward to the opportunity to continue to honor military and Veterans through the NFM Salute initiative.

– It is a hallmark series of ours here at NFM TV. It’s the NFM Salute. Every month for the past 4 plus years we honor a current or former military member. The month of November takes us to Bristow, Virginia just outside of Manassas where we bring in Mitch Akers who served himself from July of 2001 to August 2009 but we’re not here to honor Mitch. We’re here to honor a friend of his who served capably in the military for ten years and that is Matt “Random” Dunn. Mitch first of all thank you for your service.

– We appreciate you being here and nominating Random as you like to call him. Why? Why did you want us to know more about Random? And tell us about him.

– Random patched into our club in May of 2013. Passed away in August 18th of 2013, was killed in a motorcycle accident, and every year we honor his life on the day that he passed and I felt that with his service as a Navy SEAL, that we want to just lift him up and get his name known out there, what Random meant to us in the Knuckle Draggerz Veterans Club. We wanted to share that with the community.

– Tell us how long he served and in what capacity.

– He served from December 1996 until October of 2006. He was in the U.S. Navy as a Navy SEAL. He reached the rank of Boatswain’s mate first class which is an E6. While he was a SEAL he was part of SEAL Team 2 and SEAL Team 5. He was a SEAL sniper instructor, he was also a Basic Underwater Demolition instructor, so a BUD’s instructor. And taught the new SEALs coming in. He deployed to Kosovo in Iraq during that time as well. Some other places that the Naval special warfare group deployed to that they can’t talk about.

– Very impressive, sounds like a larger than life figure and certainly somebody with a lot of grit and determination. But I understand from talking to you that he was an even better person. Tell us about the Random you knew.

– And I understand you got to know his family a little bit. Tell us about that journey and the impression you got having been around some of his loved ones post-death.

– After the memorial service in Southern California his family threw a memorial party in Connecticut where he’s from. And a bunch of the patch members from the East Coast all rode up to Connecticut to share in that celebration of life with his family and his friends from his hometown. And we went up there and partied with his family for two hours and then turned around and came back to Northern Virginia. And while we were there we got to hear stories of Matt as a little boy and how he always wanted to be a Navy SEAL and his grit and determination as a little boy was just remarkable. He lived his life to the fullest with skydiving and rock climbing and hiking. He lived an amazing and remarkable life.

– Lastly the name Random. Where did he get that from? It is kind of random.

– So in the club atmosphere we’re all given road names. And when he was prospecting, his brother, which was his actual blood brother, Our National Treasurer, Boondock, gave him the nickname Random because of the off-the-wall random comments that he would make. Most of the time at inappropriate times. And he was just a random kind of guy but didn’t care. And that’s how he got is road name Random.

– Well I think many more people now know about Random and will continue to know as we disseminate this along various channels of social media. Mitch Akers again thank you for your service and thank you for nominating Random. We really appreciate your time.

– Thank you sir, I appreciate what you guys are doing.

– And if you’re interested in nominating an NFM salute, simply go to nfmsalute.com. I’m Greg Sher, we’ll see you next time. 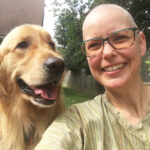 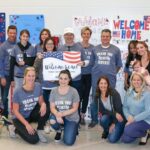