Since the first shots fired in the Revolutionary War, Americans have answered the call to duty and given their lives in service to our Nation and its sacred founding ideals. As we pay tribute to the lives and legacies of these patriots on Memorial Day, we also remember that they sacrificed to create a better, more peaceful future for our Nation and the world.

Such a sacrifice was made June 14, 2011 in Afghanistan by Army Staff Sergeant Jeremy Katzenberger. In this moving tribute, his wife Colleen joined us in honoring Jeremy with our June NFM Salute. Please take time to watch and share Jeremy’s story and to remember all of those who laid down their lives for our continued freedom.

Katzenberger enlisted in the U.S. Army in October 2004. He completed training at Fort Benning, GA as an infantryman, and later was assigned to their Ranger Assessment and Selection Program. Upon graduation of the program, Katzenberger was assigned to Company B, 1st Battalion, 75th Ranger Regiment. He served as a rifleman, automatic rifleman, team leader and Ranger squad leader. He was deployed eight times in support of the War on Terror; four times to Iraq and four to Afghanistan. On June 14, 2011, Katzenberger was conducting combat operations with his unit in Sharana, Paktika Province, Afghanistan, when he was attacked and killed by enemy forces. He was 26 years old.

Katzenberger met his wife, Colleen, during sophomore year of high school while lifeguarding in their hometown of Weatherby Lake, MO. Their son, Everett, was only four months old when Katzenberger was deployed for the final time.

Discussing why Katzenberger chose to join the Army, Colleen explained, “We actually didn’t start dating until our first year of college. Jeremy decided after that [year] the school route wasn’t for him yet. So, he made the very selfless decision to enlist in the military with a Ranger contract. We stayed together in that. I often like to talk about how I got to watch this 16-year-old boy that life-guarded become this amazing warrior and selfless man that served our country.”

She also touched on the impact of becoming a Gold Star wife and how life has been for her now nine-year-old son.

“I always tell people that I think grief is big and it’s powerful and you don’t ever get rid of it. Watching and raising a son by myself that always so desperately wants to know who his dad was, it means a lot to have people like [NFM] that are always willing to tell my story and Jeremy’s story and honor that, because it means a lot to that nine-year-old boy who looks just like his dad. He’s doing really well. I think there is a certain amount of beauty in watching a young child really grasp the idea that his dad died fighting for our country and I can’t help but think Jeremy is really, really proud of Everett.”

The Gary Sinise Foundation will receive this month’s donation on behalf of Katzenberger and his family.

– We now welcome in Colleen Katzenberger. She’s a Gold Star spouse of fallen soldier Staff Sergeant, First Ranger Battalion, Jeremy Katzenberger. Thanks for being with us on NFM TV. We are completely humbled and honored that you’re willing to spend some time with us.

– Thanks for having me and just honoring my late husband. It means a lot so thanks.

– Tell us about Jeremy.

– So, Jeremy was a great man. We met, actually, lifeguarding in high school when we were sophomores in high school. And I often joke that that man stole my heart really, really quick. But we actually didn’t start dating until our first year of college and Jeremy decided after that the school route wasn’t for him yet. And so, he made the very selfless decision to enlist in the military with a Ranger contract. We stayed together in that, so I often like to talk about how I got to watch this 16 year old boy that lifeguarded become this amazing warrior and selfless man that served our country. Went on eight deployments, eight combat deployments. During that time, in both Iraq and Afghanistan. Unfortunately though, on his eighth deployment it was his first deployment that he left not only me behind, but also our son. Our son was four months old when he left on the deployment. And so, I mean that was in the height of the war. It was in 2011. And sadly he never made it home. On June 14th 2011, Jeremy laid down his life fighting for our country.

– We’re all so grateful for that sacrifice. And thank him and of course your family for that. And Everett, your son, he’s now nine years old. How’s he doing?

– Good, for the most part. I always tell people that I think grief is big and it’s powerful. And you don’t ever get rid of it. And watching and raising a son by myself that always so desperately wants to know who his dad was it means a lot to have people like you that are always willing to tell my story and Jeremy’s story, and honor that. Because, it means a lot to that nine year old boy. Who looks just like his dad I that there is a certain amount of beauty in watching a young child really grasp the idea that his dad died fighting for our country. And can’t help but think Jeremy is really, really proud of Everett.

– I read in an article that you published last year you talk about pain and what that process is like. Can you walk us through how you’ve gotten to a point where you can comfortably talk about the pain.

– I was 26 when I lost Jeremy. And at 26 when you bury a spouse, you bury so much more than just that person. Especially since we had just really started expanding our family and I will always kind of wrestle with that question of, why him? But there is like a bigger understanding I have that the ripples and the legacy and just the big story is so much bigger than I can wrap my head around if that makes sense. And I think about people. People are kind, they really are. And the way that they came around and surrounded me and Everett with kind words and support. It reminds me of what Jeremy fought for and what he died for. I think part of it too is, we are in a society that doesn’t openly talk about pain. And the more that I have talked and been open with my grief process the more I feel like other people have been able to find healing and strength in that. But I don’t think that pain ever goes away. There’s still lots of moments that will just kinda stop me in my tracks where I just wish Jeremy was here. And I know it, almost nine years down the road that those will always happen. And I don’t need to be embarrassed or ashamed by that. I loved greatly and that’s why that pain is there. And that is something that I actually take peace in.

– You brought up on several occasions to Jeremy if he minded that people take Memorial Day for granted for instance, and he had an interesting answer share it with us.

– We’ve been in big political turmoil I feel like, for a while and I would ask him sometimes when he would come home from deployments when he would see people complaining about rights that or things that we as Americans really take for granted if that would bother him. And I was so blown away ’cause he just looked at me he’s like, “Colleen, that’s what I fight for. “I fight so our kids can grow up in a world “where they don’t think about “the dangers of walking down the street. “And they can complain about coffee shops being closed “because that’s the biggest thing they have to worry about. “That’s what I fight for.”

– Well, we certainly appreciate your time and for allowing us to honor Jeremy. His sacrifice is not lost upon us our audience and our country. And we thank you, and we thank Jeremy for that sacrifice. And in his honor, we’re going to be cutting a check for $2500 to the Gary Sinise Foundation. They do so much for Gold Star families.

– Thank you. I do greatly appreciate you taking the time and continuing to honor all the services members. So, thank you. And thanks for telling my story. 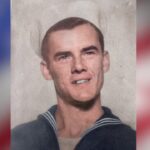 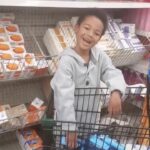