Stralka began his career with the United States Air Force in 1952, when he was commissioned as a 2nd Lieutenant through ROTC at Penn State. Upon completing his active duty service, he worked as a state forester with the Pennsylvania Department of Active Department of Environmental Resources, and joined the National Weather Service in 1958. In 1960, Stralka joined the 104th Weather Flight in the Maryland Air National Guard as their Chief Meteorological Forecaster. He received many honors throughout his career, including NOAA Distinguished Service, National Defense Service Medal, and USAF Meritorious Service Medal. Stralka passed away in January 2017, survived by his wife of 64 years, Wanda Stralka, and his five children.

NFM Lending will donate to Platoon 22 in Stralka’s memory. 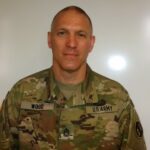 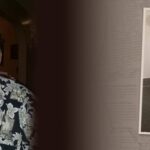