CPT Swain graduated from Texas A&M as a Second Lieutenant in the U.S. Army in 1962. His first assignment was as a Liaison Officer to the British delegation for a secret classified meeting between Great Britain, Australia and Canada. When his commander received an emergency discharge, CPT Swain assumed a Major’s position and conducted the conference successfully. He then served initially as an Infantry Platoon Leader before attending Army Helicopter Flight School. From there, he served in Korea as Aide and pilot to Brigadier General O.M. Barsanti and later in Korea with Brigadier General Thomas Andrews.

After a year at Fort Benning, GA in the 11th Air Assault Division (the test unit for the airmobile concept) he was assigned to Fort Lewis, WA where he commanded an Air Cavalry Troop as a Lieutenant. He deployed to Vietnam and served in the First Squadron, Ninth Cavalry, First Cavalry Division. The First of the Ninth was a helicopter reconnaissance unit in combat virtually every day. CPT Swain was Platoon Leader for the armed helicopter platoon and later the unit troop carrying platoon.

In November of 1966, CPT Swain was shot in the right arm and leg while on the ground in command of an infantry platoon. For his actions that day, he was awarded the Purple Heart and Silver Star. CPT Swain also received two Bronze Star Medals (one with V Device), twenty-one Air Medals (one with V Device), and the Army Commendation Medal. He recuperated in the Philippines for a month and returned to combat still bleeding from wounds in his leg. It was the last six months that were the hardest as he saw several of his closest friends lose their lives, some even days before going home. He left Vietnam with over 1300 combat flight hours.

CPT Swain was discharged in 1968. He then flew for United Airlines for the next 33 years. He also served as the Regional Vice President for the North Atlantic for the International Federation of Airline Pilots Association. In his spare time, he was appointed as a Judge for the Maryland State Orphans’ Court. After United, he worked as an Air Carrier inspector for the Federal Aviation Administration for another 5 years and became the United States Member to the International Civil Aviation Organization’s Separation and Air Space Safety Panel. While with the FAA, CPT Swain taught at the FAA Academy in Oklahoma City.

CPT Swain is retired in College Station, Texas, the home of Texas A&M, where he is active in the Lettermen’s Association and enjoys the activities provided by a campus environment.

CPT Swain was nominated by his daughter, Melissa.

“What that man endured and didn’t speak of for so long, deserves to be recognized. The stories he can tell, and the sheer courage and perseverance throughout the rest of his life are awe-inspiring.” 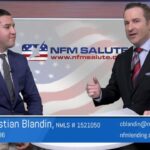 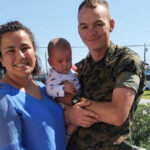