William Saylors started his military career as a U.S. Marine in 1955, and served until 1959. He was known for his generosity and willingness to help others. William passed away in December 2016, survived by his wife of 50 years, Susan, and his four children. He was nominated for the NFM Salute by his son, Jeffrey Saylors.

“William was not only my father, but someone I could trust as a friend,” said Jeffrey. “There was never a time he would not make a sacrifice for anyone. He was not self-serving; he was a giver. The loss of my father made me revisit my core values, and I’m looking forward to adopting every gift he has given me. Now I can continue the tradition of being a loyal friend and confidant to everyone, just as he was. I salute him today and every day!”

Jeffrey chose the Gary Sinise Foundation to receive this month’s donation in memory of his father. 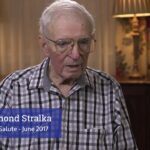 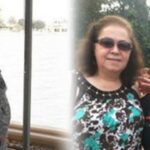