Reno attended the Henry Ford Trade School in Dearborn, Michigan from 1939 to 1942. At the age of 17, he felt a calling to serve his country and asked his parents to sign a release to allow him to join the Marines prior to turning 18. The Marines saw Reno’s training from the Henry Ford Trade School as an asset and after boot camp in San Diego, sent him to Washington D.C for Aircraft training school to become an Aircraft Mechanic. Reno was then stationed in the Marshall Islands in the South Pacific, where he worked on Douglas Dive Bombers and F4U Corsair Fighter planes. He served from 1942-1946. Reno just turned 94 in June.

Reno was nominated by his granddaughter, Liz Snead.

“I nominated Reno Truant for the NFM Salute because he has dedicated his life to the service of others. Beginning with his service in the Marines, Reno served his country, his family, and his community.” 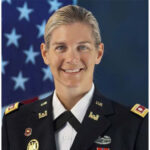 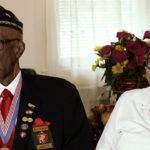