Garcia joined the Navy in September 1983, just one month after his 18th birthday. He was part of the first crew of the USS Yorktown CG-48, stationed in Norfolk, VA. His duties included firearms training and maintenance; shipboard security; and Mark 45 5-inch gun mount maintenance and operations. While stationed on the Yorktown, Garcia and his crew were involved in the Achille Lauro Hijacking, and the Action in the Gulf of Sidra. In 1986, he transferred to Naval Mobile Construction Battalion 1 (NMCB): the SeaBees. While stationed with the SeaBees, Garcia spent time in Spain, Korea, and the Philippines. He did cold weather training at Fort Drum, with temperatures as low as 50 degrees below zero, and jungle training in Okinawa, Japan. In 1989, he transferred to the Naval Mobile Communication Detachment in Maryland. Garcia was discharged from active duty in 1991 and from the Navy Reserve in 1993. He currently works in Maryland as a Realtor.

“I am truly blown away that Carlos has not only served our great country, but is still serving the public by helping them achieve the dream of home ownership,” said Jones. “You can tell from his strong military background that he has a thirst for serving others, which can be seen daily in how he helps his team and clients. I am proud to nominate Carlos for our NFM Salute of the month, and can’t think of anyone more deserving.”

Garcia chose the Gary Sinise Foundation to receive the donation made by NFM Salute on his behalf. 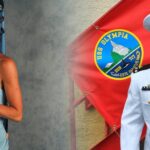 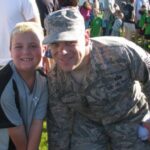