Corvin G. “Cordie” Arterburn, Jr., and his friends joined the Navy to help with  efforts during WWII in September 1944, while they were still in high school. Arterburn was on a Landing Craft Infantry (LCI) and a Landing Ship Tank (LST) that transported Japanese prisoners to Yokohama, Japan. After completing his service in the Navy in 1946, Arterburn returned to his small hometown of Glasgow, Kentucky, and finished up his senior year of high school. Later, Arterburn joined the Army Reserves. When the Korean War began, he was called up for active duty from 1950 to 1952, interrupting his college studies. He was stationed at Ft. Bragg, North Carolina, with the 18th Airborne Corp. as a Master Sergeant and an Army-trained stenographer. In 1951, he married his wife, Greta, with whom he had three children.

After he was discharged from the Army, Arterburn returned to college and graduated from the University of Louisville in 1957 with a degree in business, while raising a family and attending night classes after work. He entered the tech world early as a senior systems analyst and stayed in the field of early computers until he retired. Arterburn passed away in 1996.

Arterburn was nominated by his daughter, Luanne Cruse.

“I’m very proud of my dad, who held this country dear to his heart, and was willing to step forward and serve in two military branches to help protect our wonderful nation,” said Cruse.

Arterburn’s family choose The Gary Sinise Foundation to receive the $2,500 donation made by NFM Salute on his behalf. 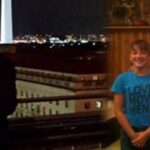 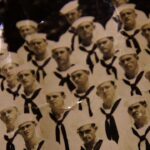