MAJ Person was born and raised in Quincy, Massachusetts. At 21 years old, he voluntarily joined the Army in 1964, knowing his number would soon be called in the draft. This allowed him to somewhat direct his future and not be assigned to infantry. MAJ Person enlisted in Army intelligence and was surprised three years later when he was commissioned as a second lieutenant in the infantry. He became an Airborne Ranger Special Forces officer with secondary specialty of military intelligence. He proudly served almost five years with Special Forces units, including the 7th Special Forces Group Airborne (SFGA), 1st SFGA, 5th SFGA (MACVSOG) and Joint Casualty Resolution Center, as “A” Team Commander, Senior Advisor Vietnamese Paramilitary Force and Team Leader Recovery Operations.

MAJ Person underwent extensive cultural language training for targeted operational areas. His expertise with the Vietnamese language enabled him to accomplish many tasks assigned to him, especially briefing the Vietnamese staff every morning in their language. The ability to communicate with Vietnamese civilians, North Vietnamese, and Viet Cong soldiers was a game changer. MAJ Person served two tours in Vietnam; one conventional and one unconventional. The first tour he was diverted to the 23rd Infantry Division and took command of the Delta Company, 4/31stInfantry, 196th Light Infantry Brigade. The second tour in Vietnam he went back to Special Forces where he served as Senior Advisor to a paramilitary battalion of Montagnards. The missions were to rescue Military Assistance Command, Vietnam – Studies and Observations Group (MACVSOG) cross border Recon Teams and Special Forces/Ranger Camps that were in trouble and needed quick reaction forces. His last Special Forces assignment was as an original recover team leader with the Joint Casualty Resolution Center (NKP) Royal Thai Airbase, Thailand where he helped to develop crash/gravesite recovery operations. MAJ Person’s team was on the very first mission back into Vietnam after the cease fire in 1973, to recover remains of U.S. personnel. His Special Forces training contributed tremendously to his success as a combat commander and unconventional operative.

MAJ Person served over 20 years in the U.S. Army before retiring as a Major, including five years in Southeast Asia; stationed in Korea, Okinawa, Vietnam, and Thailand. After transitioning from military life, he went on to become a successful Veteran serving Veterans. He works as a retired mortgage originator and realtor, assisting his wife, Denise, with her real estate business. He is an active member of several organizations, including the American Legion Post 60, ALR Post 60, VFW Post 5637, Special Forces Association, 196th LIB Association, and 31st Infantry Association.

MAJ Person lives in Silver Spring, Maryland with his wife and their dog, Daisey.

“Bruce’s dedication to our country and his clients is second to none. He is always involved in volunteering to various military charities and motorcycle rides. Every time I see him I hear a new, remarkable story. I could sit and talk with him for hours. It’s no wonder why his clients love him so much. I nominated Bruce for the NFM Salute because of his past heroics in the military and his ongoing dedication to past and current Veterans. [He is] one of a kind and I’m honored to have met him and call him a friend.” 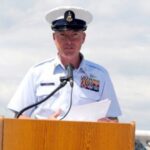 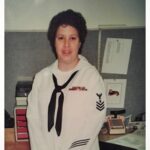