Col. William Thomas ‘Tom’ Sinnott III graduated from St. Ignatius High School, Cleveland, Ohio in 1953.  He attended Columbian Prep School in Washington D.C., during which he enlisted in the United States Marine Corps Reserve and worked on aircraft at Anacostia Naval Air Station in Maryland. Tom received an appointment to the United States Naval Academy in 1954. Upon graduation from the Naval Academy in 1958, he was commissioned as a Second Lieutenant in the United States Marine Corps and was assigned to Basic School Training in Quantico, Virginia. From there, Tom attended Naval Flight School in Pensacola, Florida and was appointed a Naval Aviator in September 1960.

Some of the squadrons Tom served in are as follows: WERS – 36 – Wing Equipment Repair Squadron, HMM – 363 – Helicopter Medium Squadron, MAG – 36 – Marine Air Group, HMM – 362 – Helicopter Medium Squadron, MABS – 36 – Marine Air Base Squadron, MAG – 24 – Marine Air Base Squadron. Tom was Company Officer and Battalion Officer at USNA 1972-1974. He had various assignments, including training operations, schooling, and tactical assignments in support of USMC ground forces. Tom served three tours in Vietnam (1962, 1966, 1970), Japan, and Okinawa. His primary aircraft was helicopters and he accumulated over 4,000 hours airborne in support of United States Marine Corps ground troops. The aircraft he flew were: H-34, UH1E, (Huey), and CH 53 Sea Stallion. His favorite aircraft was CH 53. He was the Squadron Commander of CH 53 HMH – 463 in Kaneohe, Hawaii, where he commanded 24 aircraft and 1850 squadron troops.

After retiring from the Marine Corps in 1983, Tom was employed by Logistics Management Engineering, Inc. in Annapolis from 1983-1998. He was Program Manager, supporting the U.S. Navy at Naval Air Stations in Patuxent River, MD, and Warminster, PA. He worked on Aircrew-Life Support Equipment programs to improve the safety and welfare of warfighters.

Tom was also an active member of the “Great Class of 1958” from the Naval Academy. He was a Trustee of the United States Naval Academy Foundation for 26 years and was designated a Trustee Emeritus.

Tom just recently passed on Veterans Day, November 11, 2018, from complications from Vascular Dementia in Annapolis, MD. He was 83 years old. He is survived by his wife Nancy Sinnott and his 5 children.

Tom was nominated by his daughter, Kathleen Lupinek.

“I nominated my father because he was my Hero! He was a True Officer and a Gentleman!!”

Tom’s family chose Any Soldier to receive this month’s donation. 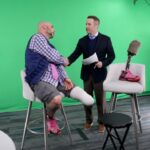 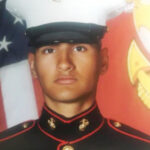