Our country lost a hero; a mother and father lost a son; a sister lost a best friend. In between the tears, we learned what a great man Fallen Army Sgt. Eric Houck was, as his family welcomed us into their home to honor Eric as February’s NFM Salute. The Gary Sinise Foundation will receive this month’s donation on behalf of Eric and the Houck family. To learn more about Eric and the NFM Salute initiative, visit: nfmsalute.com.

NFM Lending is pleased to honor Sergeant Eric Houck as the NFM Salute for February 2020.

Houck joined the U.S. Army in May of 2013. He was stationed at Fort Campbell in Kentucky until he was deployed to Peka Valley, Nangarhar Province, Afghanistan as a forward observer in the 101st Airborne Division. On June 10, 2017, Houck and two other soldiers were attacked and killed by an Afghan soldier. Houck had just two months left before returning home. He was only 25 years old.

Houck graduated from Perry Hall High School where he met his wife, Samantha, when he was 15. They had two children: “EJ” and Violet.

Discussing why Eric chose to join the army, his father, Mike, stated, “He could probably have achieved anything he wanted to, but he felt this was his way to take care of his family.”

Houck’s mother, Lisa, touched on the impact of losing her son and becoming a Gold Star parent.

“Sometimes I honestly still feel like we are alone, but when people like you and your organization decide to honor Eric, that makes me feel like we’re not alone. I don’t want to say that it’s upsetting, but people can just go through their normal day. It’s hard to go through our normal day because it’s a loss, it’s a heartache that will never heal. You try to find things that make you happy and it’s really hard to because you’re just missing such a love that was a part of you. It will never heal…but Eric’s alive in us, because we have him in our heart.”

NFM Salute is an initiative in which one military member or Veteran is chosen each month to be honored as the “Salute of the Month.” Salutes are chosen from nominations on the NFM Salute website, www.nfmsalute.com. The “Salute of the Month” will be featured on the website with a biography and information about his or her service, and NFM Lending will donate to a military or Veteran non-profit in the Salute’s name.

NFM Lending is proud to donate $2,500 to The Gary Sinise Foundation on behalf of Eric and the Houck family.

– When Sergeant Eric Houck made the decision to enlist in the Army at the age of 21, he did so with the kind of dignity and bravery few had seen before. He lived for his family and in the end, he died for his family and for his country. On June 10th, 2017, Eric and two fellow soldiers were gunned down by an insider attack in Afghanistan. We learned so much about Eric through the eyes and words of his father Mike, mother Lisa, and sister Jessica, as they welcomed us into their home to honor Eric with February’s NFM Salute. Thank you so much for allowing us into your home.

– Really means a lot to everyone at NFM and everyone at NFM TV. Mike, I know you talk a lot about what kind of man he was and how much he loved his family. Give us a window into that.

– Once he had the family, was directed towards that family and taking care of those family and the children, I mean, they were his world. He just loved them to death.

– [Greg] So also part of the impetus for him going into the military.

– He never gave himself enough credit. For being smart enough to go to school, to do something along those lines. He could probably achieve anything he wanted to. But he felt this was his way to take care of his family.

– Well, at first you feel like you’re alone and your family’s alone. This happened to our family. It’s just you and at that point, it is you. It is your family that’s affected, but this whole community. I mean, you can just look at and realize, there’s a lot of people that are in that same situation.

– Sometimes I honestly still feel like we are alone, but when people like you and your organization decide to honor Eric, that makes me feel like we are not alone. I don’t wanna say that it’s upsetting, but people can just go through their day, their normal day, and it’s hard to go through our normal day because it’s a loss, it’s a heartache that will never heal and you try to find things that will make you happy and it’s really hard to because you’re just missing such a love that was a part of you. Honestly, it’ll never heal.

– [Greg] Thank you for sharing that. Jessica?

– How ’bout Eric as a brother? Can imagine you probably had some fun.

– The greatest . Oh yeah, and he would always look out for the best for me and he’s pretty much taught me all that I go through life about and how I look at situations and how I feel about other people. Like my parents said, he was very caring of other people and he always told me, if you see somebody doing the wrong thing, just cause a bunch of people are doing it, doesn’t mean you have to do it. And he just, he’s taught me so many lessons and he’s just made me respect everything even more now than what he’s ever told me.

– I’d like to know what brought a smile to his face when you think back?

– What made him happy is really running around outside, playing, he loved being on the soccer team, the baseball team. I mean, we had a good, healthy family and then when he got older and he met Samantha, his high school sweetheart, then I’d have to say after marriage, all you have to do is have EJ smile at him or Violet look at him with her big blue eyes and that’s what made him smile.

– I never was really one to hang out and play with Barbies too much, so I would always be outside trying to play football with him and his buddies. So, that was one, a couple memories that I have of that and then every Christmas eve, we would watch “A Christmas Story,” the marathon, and we would stay up all night together and watch that and then just playing video games and laughing and just having a great time.

– Anything else you wanna share that comes to the top of your mind?

– I mean, Eric’s alive in us because we have him in our heart and at his funeral I said to all of his friends, they’re always like, what can we do, what can we do? And I said, don’t ever forget him. Just keep in in your heart and that way, he’ll always be alive.

– We have each other and that’s what we got. And that’s huge, and with Eric, the way things were left, I mean, it’s not like there was anything on the table, it’s not like there was anything I felt that I needed to say to him, that he would understand how I felt about him. And it’s the same with all of us and I mean the last thing you need is regrets. 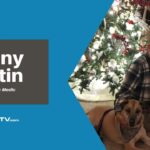